Meet Milo, a “Brat Fighter” who has a mix of traditional brat, cafe, classic values and style but was started with a more modern platform. In it’s basic form this particular bike would be a classic European Street Fighter candidate. To effectively brat a modern Kawasaki in theory shouldn’t work and being a sportier bike post year 2000 normally has too boxy of a frame. The lines just don’t do anything to even try and resemble something that conjures the word classic if it tried. 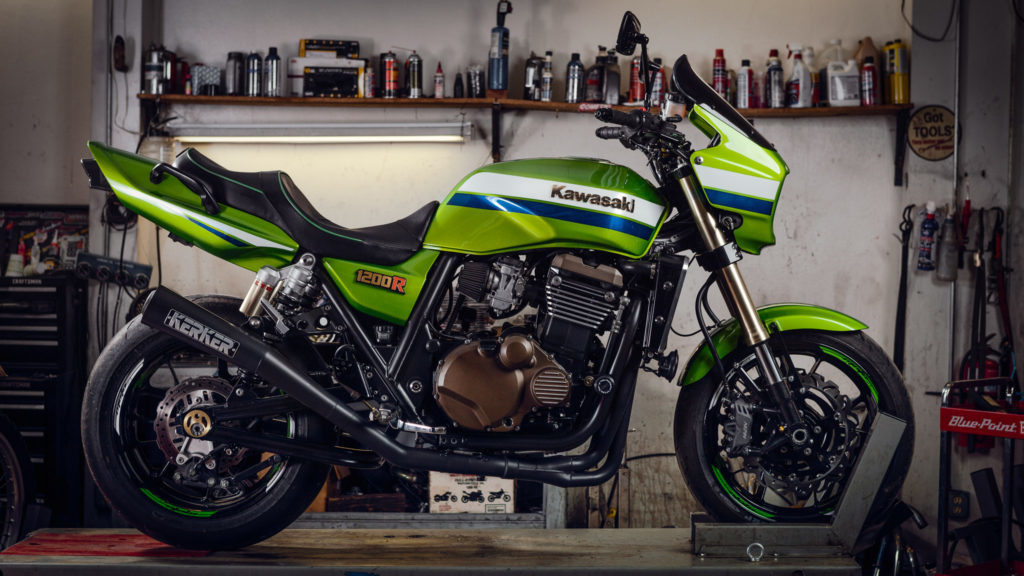 Enter this 2005 Kawasaki ZRX1200R, a bike that was lost in a world of fuel injection, plastic fairings, and appreciated mostly by people whose buying decisions weren’t swayed by World Superbike wins or lost in the 200mph speed wars of the early 2000’s. 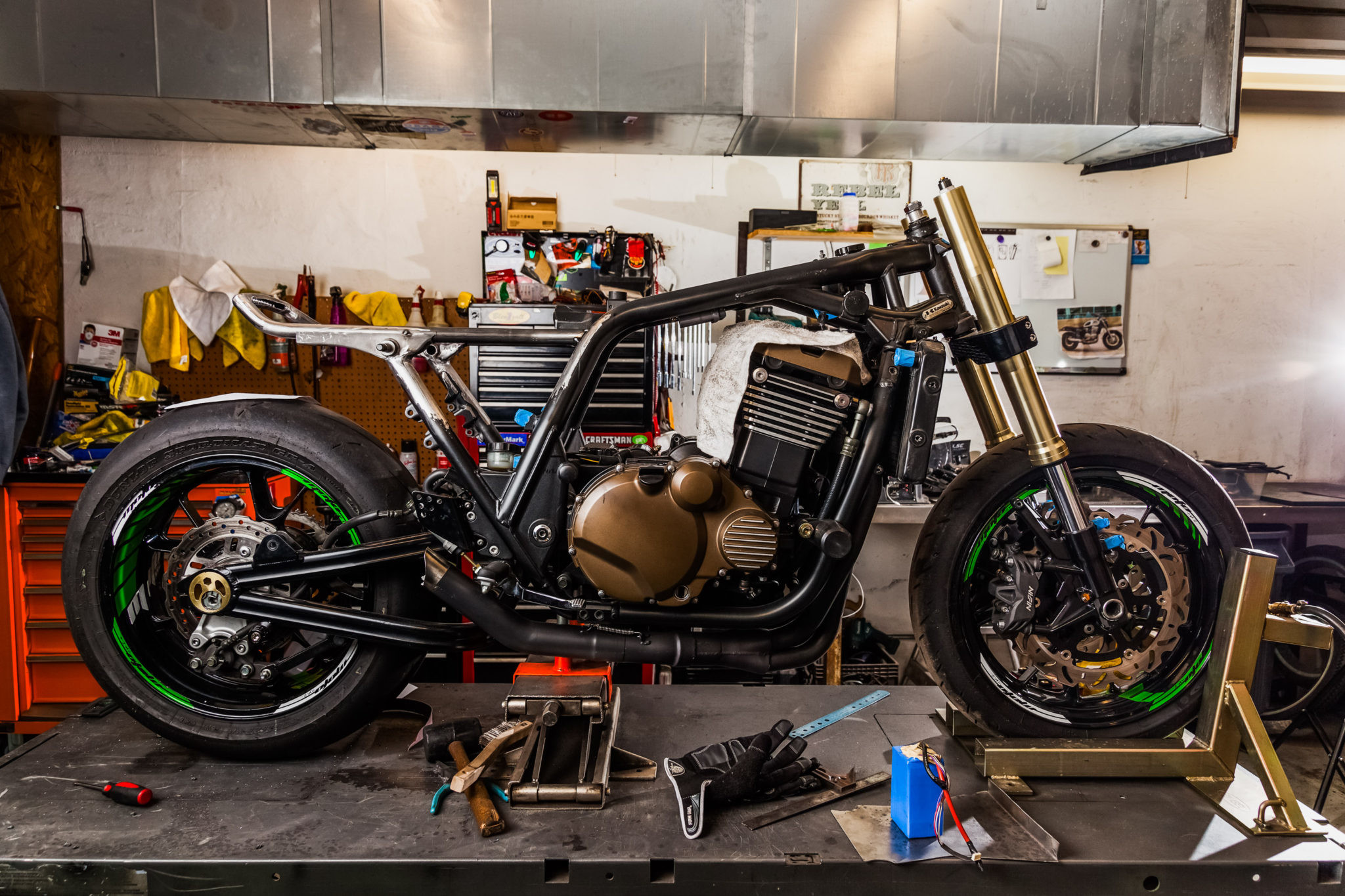 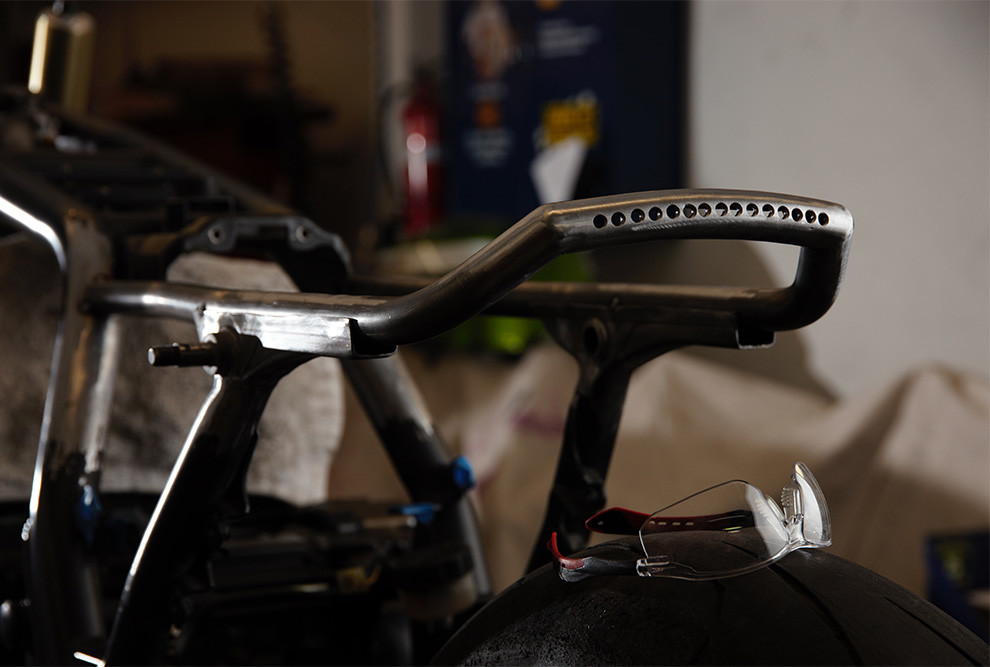 Strip away everything that makes you remember Eddie Lawson ever raced something with the same livery. Swap the front forks out for a beefier upside down variety off a ZX14R, lets take the split spoke wheels, brakes and start cutting the subframe, tucking wires and spend a lot of hours just staring at it. 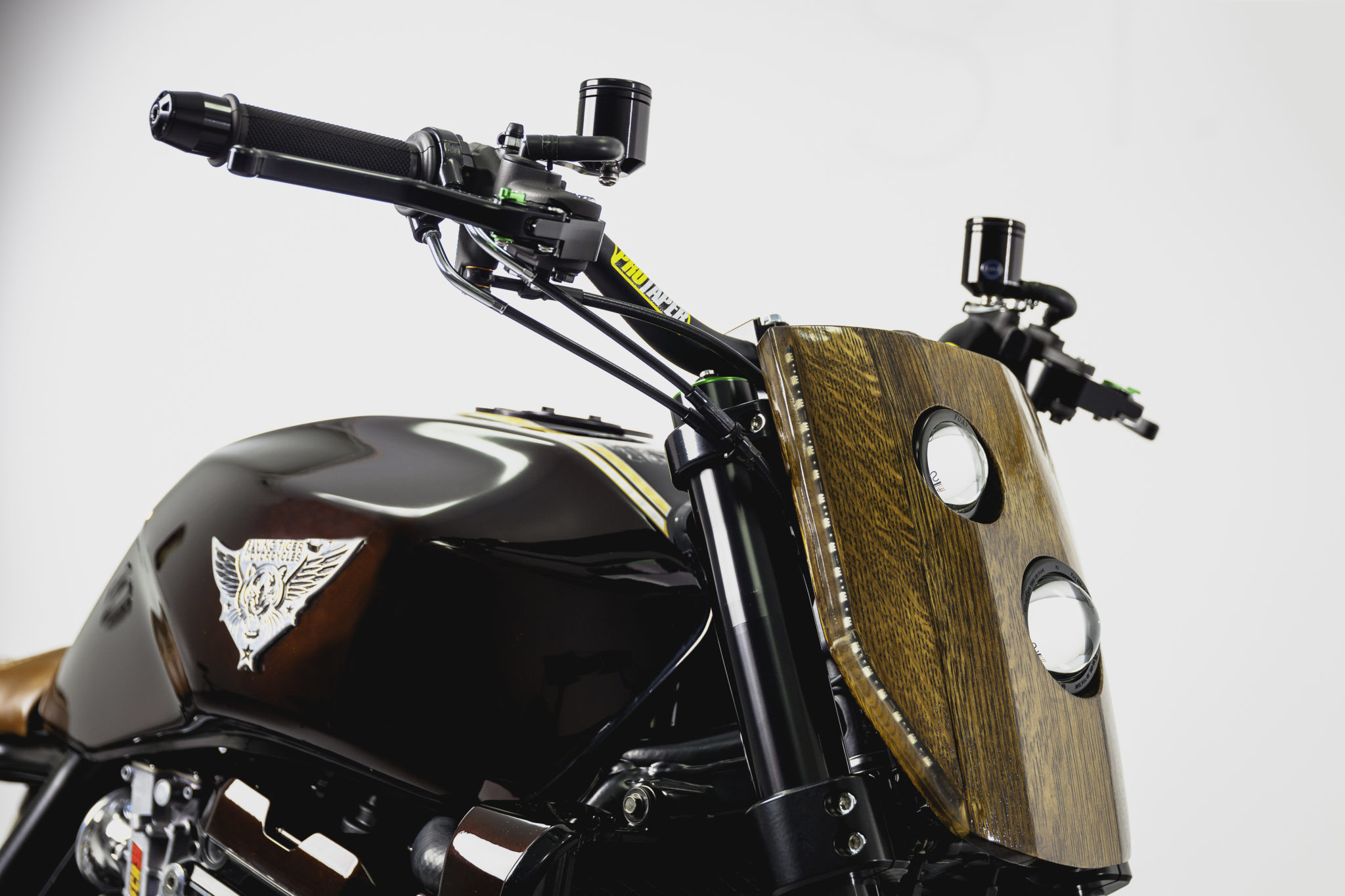 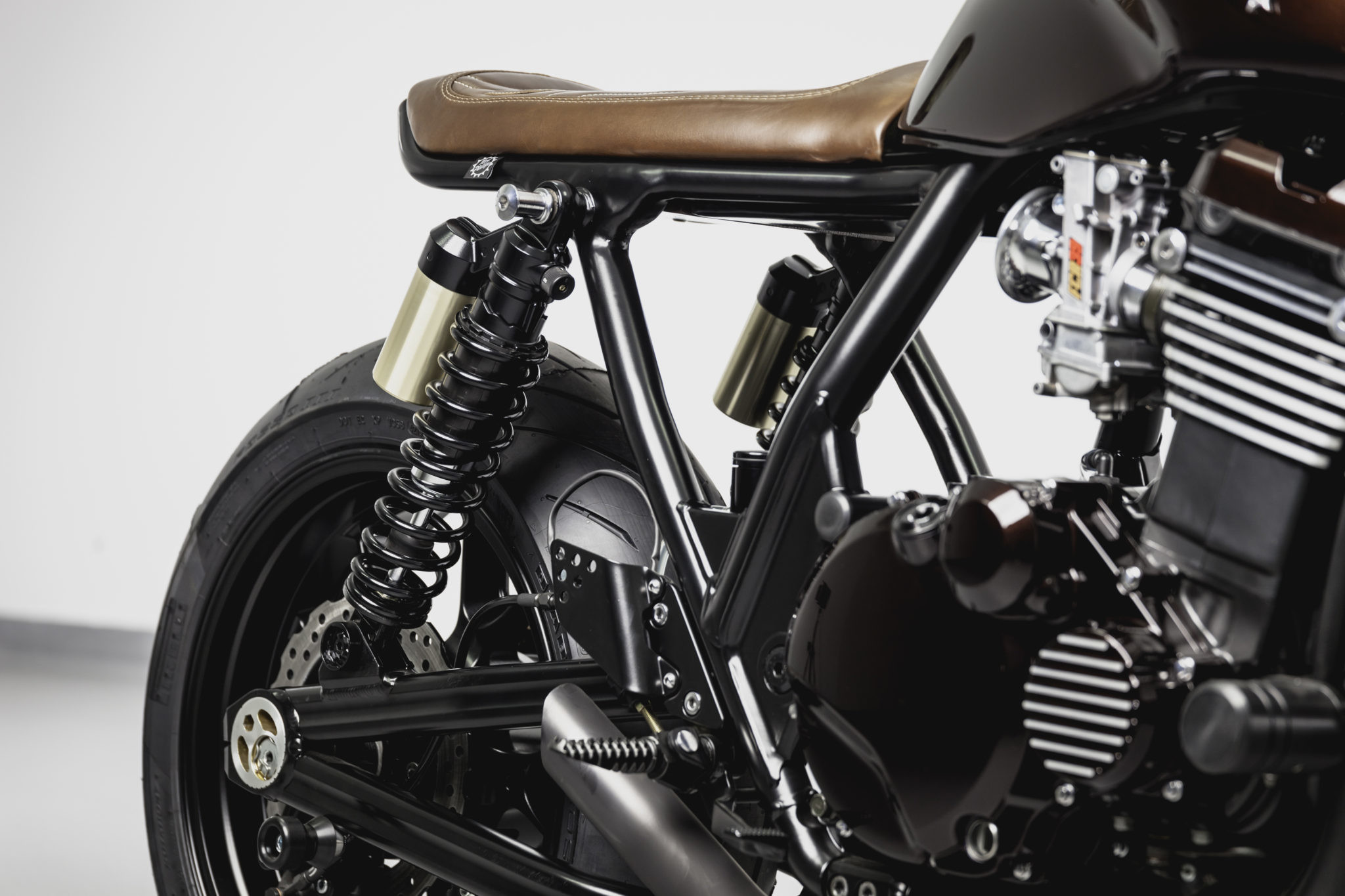 To understand a Brat Fighter, one must understand two different schools of thought on building a motorcycle and then merge them together. Brat style motorcycles typically feature a flat seat, little to no fender, and a higher steering than typical cafe bikes. The style originated out of a suburb of Tokyo from a shop of the styles namesake and has since taken over the world with many not knowing the styles true origin. Now on the other hand the Street Fighter style was highly popular in Europe and is typically a sport bike whose plastic bits have been removed, the headlight swapped for something more unconventional, and then ditch the sportbike clip-ons for something more comfortable for riding wheelies and general tomfoolery around town. The style was so popular it inspired bikes from the factories, Triumph Speed Triple, Honda 919, and the creatively named Ducati Streetfighter to name a few.

If you would like your own Brat Fighter feel free to call Flying Tiger Motorcycles in St. Louis Missouri, who I am now marking down in history as the founder of the style. Someone more than likely did it first, but I’m naming it now.